If you haven’t tried acupuncture/dry needling for your pain, you may be missing out on a safe and often effective treatment.

In this blog post, guest blogger, acupuncturist Michael Yang, answers some common questions about this alternative treatment approach to pelvic pain. Take it away Michael!

Well, we thought it was China. Thousands of years ago. And then archeologists got some new evidence that threw that theory up in the air. In 1991 they discovered Otzi the Copper Age frozen man in Austria, who is dated back to 5,300 years ago. Some scientists believed tattoos found on Otzi’s body marked acupuncture points, suggesting that the practice was around about 2,000 years earlier than was originally thought.

Let’s take a whirlwind tour through 3,000 years of medical history for a snapshot of how acupuncture as we know it today came to be:

Before needles existed, sharp rocks may have been the first tools used to treat patients back when evil spirits were likely considered the root cause of disease. It was around 200 BC that we see metal replace stone and bone needles, likely very much to the satisfaction of sore patients. Acupuncture caught the eye of Westerners in the 1600s and made it to the United States in the early 1800s,  and has been around ever since.

What does research tell us about how acupuncture works?

As modern science matured, so did the research on acupuncture. As we started to understand pain better, we started to see where acupuncture fit into the picture. The body produces natural opioids and endorphins. For its part, acupuncture seems to affect endorphin response. According to the National Institutes of Health, evidence shows that acupuncture releases opioid peptides, and that the analgesic effects of acupuncture are at least partially explained by their actions. The finding that opioid antagonists, such as naloxone, actually reverse the analgesic effects of acupuncture has further strengthened this hypothesis.

In addition, stimulation by acupuncture may also activate the hypothalamus and the pituitary gland, resulting in a range of positive systemic effects. There is also evidence that there are alterations in immune functions produced by acupuncture.

The answer to this question is simple, and one of the great selling points of acupuncture. It won’t cause damage and make symptoms worse. When we look at the risks associated with medications and more so, surgery, conservative therapy starts to look like a good option. This is why patients are generally encouraged to go through conservative care first before looking to more invasive and potentially side effect ridden options.

Acupuncture is like pizza. There’s great pizza and there’s decent pizza, but rarely is it terrible. In fact, the big warning I give patients regarding side effects is “don’t be surprised if you sleep very deeply tonight.”

Which brings us to efficacy, does it work?

This is the question I always wish I had a more clear cut answer for, but like all interventions, it’s a question of percentages. That said, I have seen some remarkable improvements in patients that I honestly thought were real long shots. That is always a very happy day. Especially after all other options have been exhausted.

Some of the big benefits stem from the chance to treat multiple areas and issues simultaneously. For instance, I have yet to see a pelvic pain patient that was not also suffering from at least one of the following: neck pain, back pain, insomnia, anxiety, depression, headaches, digestive issues. Usually it’s a couple of these and then some. Being able to address multiple concerns during the same visit is a boon to patients, and as the saying goes, a rising tide raises all ships. If we can make progress in an area that may not even be the chief complaint, we can see a general improvement in other seemingly unrelated areas.

How much does it cost?

Of course there is a range of pricing based on region and experience, but the good news is that many more insurance plans are covering some or all of the treatment.

How about some pelvic floor specifics?

This is where a specialty level of understanding is helpful. Because of the precision needed to target the relatively thin muscles of the pelvic floor, finding a practitioner who is familiar with this are of the body is important. That way, targeting the trigger points in the muscles involved in a patient’s symptoms can be achieved with pinpoint accuracy (pun intended).

In addition, in my experience treating pelvic pain patients, I have found that using points that are not just at the point of discomfort, but in other parts of the body, adds to the efficacy of the treatment.

This amalgam style of therapy, which blends classic point selection with contemporary biomechanical understanding, is a strategy that yields the most bang for the buck and can be the difference in success or failure. Part of this stems from being able to tap into some of the more central effects that acupuncture has on the nervous system. In the realm of chronic pain, more and more attention is being given to what happens in the brain, as opposed to just what is happening at the site of pain.

So should you give acupuncture a try? Patients and doctors familiar with the benefits of well-performed acupuncture as part of interdisciplinary treatment plan will certainly tell you: “It’s worth a shot.” (Terrible almost pun intended).

If you have any further questions after reading this post, feel free to leave them in the comments section below! 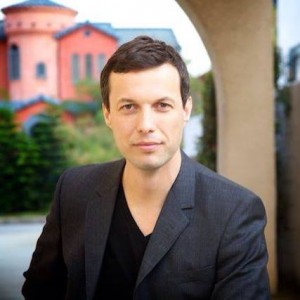 About the Author: Michael Yang DOM, L.Ac., has been practicing Integrative and Chinese Medicine since 2000. He studied at the University of California as Santa Cruz, Emperor’s College, and the PanAmerican School in Nevis.

He has been featured in various publications and on national television. He is the director of the Pacific Medical Group and past vice president of Vitality Healthcare. He is the author of The Lean Gene, due to published in 2015 and is the editor in chief for HealthInspiring.com.