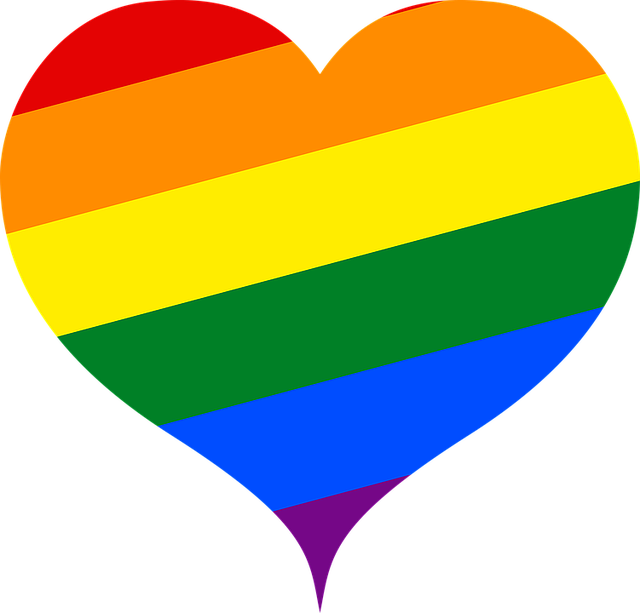 As a once long time resident of San Francisco, June was always one of my favorite months of the year. “June Gloom”; many coastal Californians often refer to it for its frequent foggy weather and consider it one of the worst months of the year. Yes, even with its foggy weather, I still looked forward to June every year because of Pride. Pride seemed to make everyone a little nicer, a little more joyful, and definitely more colorful! Unfortunately, due to the pandemic, Pride celebrations across the country will be significantly subdued at best and canceled altogether at the worst. Although many of the parades and events for Pride will be canceled, we must continue to recognize the LGBTQ community this month. We must celebrate the positive changes we’ve achieved to improve the health and success of the LGBTQ community such as the recent Supreme Court ruling that protects LGBTQ individuals from being fired for their sexual orientation or gender identity, as well as put a spotlight on the glaring disparities this community continues to face. As we highlighted the disparities in healthcare for Black Americans in an earlier blog post this month, this week, we call attention to the disparities in healthcare for the LGBTQ community.

The LGBTQ community faces significant disparities in healthcare verses their cisgender and heterosexual peers. Studies have proposed several potential contributing causes to these disparities. They include lack of access to healthcare, low healthcare utilization and perceived and actual discrimination related to sexual orientation and/or gender identity which hinders health seeking behaviors, especially for LGBTQ people of color. Additionally, past negative experiences can limit health-seeking behavior and reduce access to care and preventative screening services. Furthermore, these disparities may be influenced by a stressful social environment caused by societal stigma, prejudice and discrimination because LGBTQ individuals are part of a marginalized minority group. And finally, the disparities are in part due to the lack of knowledgeable and competent healthcare providers.

The contributors to the disparities in healthcare can affect individuals within the LGBTQ community differently depending on their sexual orientation and gender identity. Among those who identify as queer, disparities in healthcare may actually be under-recognized since they don’t identify as either lesbian, gay or bisexual. A 2015 study found that young transgender adults were more likely to be uninsured, experience discrimination in a healthcare setting and postpone treatment due to discrimination compared to cisgender people. The same study found that bisexual people were more likely to be insured than their gay and/or lesbian peers. Additionally, they found that young cisgender lesbian women reported more difficulty with  access to care versus cisgender gay men. LGBTQ people of color were more likely to be uninsured and report no regular source of care versus their non-Hispanic White counterparts.

The consequences of the many disparities in healthcare for the LGBTQ community are remarkable and in some cases, life-threatening. Combined data from the 2013 and 2014 National Health Interview Survey found that lesbian woman are more likely to report moderate psychological distress, poor or fair health, mulitple chronic conditions, heavy drinking and heavy smoking compared to heterosexual women. They reported that bisexual women are more likely to report multiple chronic conditions, severe psychological distress, heavy drinking and moderate smoking. Sexual minority women may be at a higher risk for postpartum depression. According to Healthy People 2020, LGBTQ youth are more likely to be homeless and two to three times more likely to attempt suicide. Lesbians are less likely to get preventative screening services for cervical cancer. Screening rates are 43%-71% for sexual minority women versus 73% in the general female population. Gay and bisexual men are more at risk for sexually transmitted diseases, especially within communities of color. Lesbians and bisexual women are more likely to be overweight or obese. Transgender people are more at risk to be victims of violence and have a higher prevalence of sexually transmitted diseases, mental health issues, and suicide. They are also less likely to have health insurance versus lesbians or gay or bisexual people. Nearly 29% of LGB youth have attempted suicide compared to 6% of their hetersexual peers. The lifetime rate of suicide for transgender and gender nonconforming people is 40%. Older LGBTQ people face additional barriers to healthcare because of isolation, lack of social services and culturally competent providers. One study found that LGB people who live in communities with high levels of antigay prejudice die twelve years earlier than their peers in other communities. LGB youth who have undergone increased victimization, or bullying, have been associated with increased rates of tobacco use, which is one of the reasons why LGBTQ people also have the highest rates of alcohol, tobacco and drug use.

These statistics should shake the healthcare community to their core. Many individuals in the LGBTQ community are experiencing a health crisis, in large part because of how the healthcare system in this country treats them. Why is our healthcare system so incompetent in caring for this population? Well, for one, our medical education system doesn’t dedicate nearly enough time to educate their students about the LGBTQ population. In fact, a study in 2011 showed an average of only five hours of education about LGBTQ topics in medical education in both the United States and Canada. Among nurses, a national 2015 survey found that the estimated median time devoted to teaching LGBTQ health in nursing school was 2.12 hours! In another study of practicing nurses, most reported that they had no training in LGBTQ health whatsoever.

What can healthcare providers do to improve their knowledge and competency in caring for the LGBTQ community? Clinicians must first understand the basics of sexual orientation and gender identity.

Clinicians should be taught to:

What can healthcare providers do to improve their care of the LGBTQ community?

Lastly, healthcare providers can seek out organizations that offer cultural competency training such as:

At PHRC we take our role in caring for the LGBTQ community seriously. We utilize inclusive intake forms, offer specialized pelvic health services for the transgender community, educate our community with multiple blog posts on how physical therapists can serve the transgender community, enlist a well known surgeon that specializes in gender affirming surgical services to educate our community via a guest blog post and we proudly display “safe space” symbols in our waiting rooms. For our staff we strive to cultivate an environment of knowledge and understanding about the LGBTQ community with educational inservices and inclusive literature.

The current health crisis has had an enormous impact on healthcare in the United States. Whether it was the struggle of caring for those who were hospitalized with COVID19, the postponement of preventative screening services because medical facilities were temporarily closed, or avoiding all face-to-face medical interactions out of fear of contracting COVID19. Chances are, this pandemic has somehow negatively impacted the way you have interacted with healthcare the last few months. Likely, it made it more challenging and/or frustrating to get the advice or treatment you needed in a timely manner. Just imagine if you had similar frustrations or had similar challenges receiving healthcare services all the time. I think it’s fair to say that your health would suffer.

The health and wellness of communities that face stark disparities in healthcare suffer all the time, not just during a pandemic.