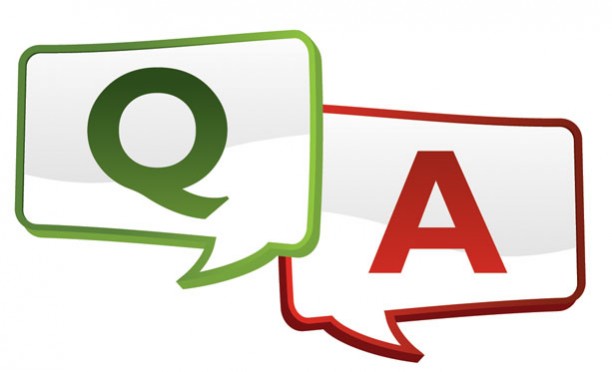 Since launching the blog, we have received many questions from readers. In this post, we’re going to tackle a handful of them. If you have a question of your own, please take the opportunity to post it in the “comments” section of this blog.

I have PFD and am currently in physical therapy. Unfortunately I’m also a person who is prone to getting one or two UTIs a year. It’s frustrating because every time I think I have this PFD licked, a UTI comes along causes my muscles to spasm and tighten and ruins my progress. My question is: Can the pelvic floor be rehabbed enough to at some point withstand the destructive power of a UTI?

The short answer to your question is yes, the pelvic floor can be rehabilitated to a point where events like a UTI will not exacerbate the pain cycle. However, your question brings up an important point about what you can do to ensure that a UTI does not wreak havoc on your already impaired pelvic floor.

However, before we get into any of that, we first want to note that it’s important for you to make sure that your UTIs are culture-proven infections. The symptoms of a UTI mimic those of pelvic floor pain, and it’s never a good idea to take an unnecessary round of antibiotics, which can upset the balance of your vaginal flora making you vulnerable to a yeast infection.

Now, assuming that the UTIs are culture-proven, when you have pelvic floor problems, typically you’re going to respond more intensely to a UTI than someone who does not. Everyone with symptomatic UTIs will have some level of urinary frequency and urgency, and most likely will also have pain. What’s causing the pain is twofold: the infection itself and the tightening of the muscles when you guard against your increased level of pain.

It’s this guarding reflex that causes the exacerbated pain cycle and the interruption in your progress with PT. (But, you should know that once you’ve gotten to a specific place in your healing, your body maintains the ability to get back to that place despite setbacks.) That guarding reflex occurs both because of the increased level of pain and because of the urgency brought on by the infection and the ramped up pelvic floor muscles.

The good news is that even though the guarding is reflexive, you can control it, and reverse it by doing pelvic floor drops like the ones described in the upcoming question. So in your case, if you do get a UTI, instead of playing into it by guarding, override the reflex, and drop, drop, and drop some more.

Even if the dropping causes a spike in your pain level in the moment, at the end of the day, it’s the best way for you to avoid further tightening of your pelvic floor muscles and an exacerbation of your pelvic floor problems. It’s perhaps during the first few days of the infection that you should be the most vigilant about doing your drops. In addition, treating the pain of an infection with analgesic medication and also drinking lots of water to make your urine less acidic will also help to keep the UTI from exacerbating your current pelvic floor issues.

After my daughter was born 2 ½ years ago, I began to experience urinary frequency, retention, and occasional vaginal irritation that led to full pelvic pain down the road. Upon starting PT several months back I was told I had some muscle spasms and knots but also a very weak pelvic floor. My question is: now that my pain is subsiding, when do I begin to strengthen my pelvic floor to prevent problems from a cystocele/rectocele, and what exercises/how often is the recommendation?

The answer to your question is totally patient specific. We would not give you advice on specific exercises to do for a potentially weak pelvic unless we were to examine your pelvic floor ourselves to verify that it was indeed weak. The issue is that tight muscles physiologically cannot contract to generate strength, thereby the muscle will appear weak when PTs test for weakness or measure for weakness using a biofeedback machine.

That’s not to say that a tight pelvic floor can’t also be weak. A PT just can’t  accurately measure the strength of the pelvic floor until it’s no longer tight. If you still have a tight pelvic floor, at this point in your therapy, your PT can’t know if there is also weakness there because the tight muscles cannot contract properly to get an accurate assessment. She has to wait until your muscles are no longer hypertonic to accurately make that call.

Also, some PTs who are more experienced treating incontinence will be thrown off by the bulk of a tight pelvic floor and might wrongly misconstrue what they are feeling for some sort of prolapse. Oftentimes, once a pelvic floor has been returned to a normal tone, it won’t read as weak when a PT is strength testing it.

How To: Pelvic Floor Drops

What is the “drop position” for pelvic pain?  I have been to several pelvic pain PT and do not know what that is?

The purpose of doing a pelvic floor drop is that it puts your body into the most relaxed state that your pelvic floor can get into. It’s also a position that facilitates the lengthening of the pelvic floor. A good way to understand how this happens is to think about what happens when you flex your biceps—your triceps have to relax, otherwise you wouldn’t be able to carry out that movement. So with a pelvic floor drop what’s happening is you’re using a contraction of antagonistic muscles (in this case your hip flexors, abductors, and external rotators, among others) to make the pelvic floor turn off.

Below are photos of a flat back drop: 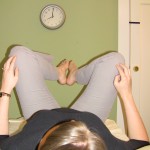 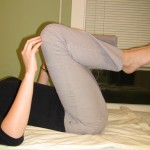 Below is a photo of a squat drop: 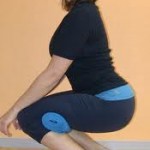 Squat Drop versus Flat on Back Drop

The Squat Drop is actually preferable because its gravity assisted. However, not all patients can do the squat because of limitations, such as hip or sacroiliac joint problems or pudendal nerve irritation. For these patients, the flat on back drop is a great alternative. (To do the flat on back drop, simply lie on your back and pull your legs up and drop to each side with feet together.)

What is a Tilted Pelvis?

At my last PT apt., my PT said that my pelvis was tilted. What is a tilted pelvis? Can it contribute to pelvic pain? Can the pelvis be “untilted?”

When your PT says your pelvis is “tilted” she is referring to the alignment of the joints within your pelvic girdle.

When your pelvis is tilted, or out of alignment, it means that either one of your sacroiliac joints or your pubic symphysis is out of alignment, meaning the joints are not properly connecting. “SI joint dysfunction,” with “SI” standing for “sacroiliac” is another commonly used phrase for this problem. 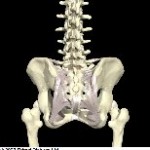 There are various manual techniques physical therapists use to realign these joints. PTs will also give the patient exercises to do at home to maintain the joint alignment achieved during treatment.

To answer the last part of your question, yes, a misaligned pelvis can contribute to pelvic pain. When joints are out of alignment, the surrounding muscles must compensate to maintain function, like walking and bending forward. The pelvic floor muscles can be among the muscles that overcompensate. When muscles over compensate, they usually develop impairments or dysfunction, such as becoming too tight or developing myofascial trigger points. When muscles become too tight or develop trigger points they can become painful, refer pain to other parts of the pelvis, or cause dysfunction, like urinary, bowel, and/or sexual dysfunction.

What are trigger point injections, and are they useful in conjunction with PT?

Trigger point injections (TPIs) are a method of treatment used to eliminate myofascial trigger points, or taut painful bands within muscles. TPIs are administered by a physician or a nurse to inject or penetrate the trigger point within the muscle. Typically an anesthetic, such as lidocaine, is used to inject into the trigger point.

However, it’s actually the introduction of the needle into the trigger point that helps to deactivate, and ultimately eliminate, the trigger point, not the medication itself. That’s why a “dry needle” or an acupuncture needle can be used just as effectively to treat trigger points.

Trigger point injections or dry needling can both help to expedite treatment when performed in conjunction with physical therapy. We would use either on a daily basis if they were more accessible.