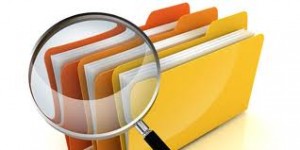 At our weekly staff meetings at PHRC, us PTs take turns presenting patient case studies to our colleagues.

Our M.O. in presenting these case studies is to cover each of the patient demographics we see here at the clinic: female pelvic pain; male pelvic pain, postpartum and pregnancy issues; and incontinence and prolapse. (Obviously, there is some overlap, especially with the latter two!)

These case study presentations have become a terrific way for us to learn from each other’s experiences. In that same spirit, we’ve decided to share them on the blog from time to time. I’ll be kicking things off with a case study that describes the role of PT in treating urge incontinence.

The patient, who we will call “Joan” for the purposes of this case study, is a 44-year-old female with a 14-year history of urge incontinence. Joan has no children.

Also called “overactive bladder,” urge incontinence is a sudden, intense urge to urinate, followed by an involuntary loss of urine. Patients with urge incontinence typically have only a few seconds to a minute to reach a toilet. Plus, they urinate often, including throughout the night.

For her part, Joan experienced leakage on the way to the toilet at least once a week, and she suffered with urinary frequency, urinating two times every hour. These incontinence issues greatly impacted Joan’s functioning and quality of life. She couldn’t sit through meetings at work and she avoided social activities and long walks due to a fear of leaking. By the time she sought out PT, she had come to feel as though her bladder was holding her hostage and preventing her from living her life to the fullest.

Joan’s initial goals for pelvic floor PT were twofold: one, to eliminate leaking on the way to the bathroom, and two, to decrease her urinary frequency from twice per hour to once every two hours.

Urge incontinence often involves both myofascial pelvic floor impairments, such as the ones mentioned above, and behavioral impairments. Both were at play in Joan’s case.

When it comes to urge incontinence, it’s common for there to be specific triggers for the leakage. For some, it could be as basic as putting the key in the door when they get home. But in Joan’s case, she had developed fear and anxiety around the possibility of leaking.

Joan’s issues actually began when she was in grad school and was drinking several cups of coffee a day.  All that caffeine, which can be a bladder irritant, initially kicked off her urgency and frequency, but it was the anxiety that she began to have about making it to the bathroom on time that likely set things off in full force.

Let me explain. You see when Joan had a situation where she didn’t think she would make it to the toilet on time,  many areas in her brain were activated (fear, emotion, and anxiety centers to name a few), which then lead to muscle guarding and tightness.  So whenever Joan felt that urge to urinate, her brain clicked into panic mode, which in turn caused her pelvic floor muscles to tighten. Ultimately, this tightness and guarding contributed to her leakage problem.

It seems counter intuitive to blame Joan’s inability to hold her urine on too tight muscles because it would seem that “tight” muscles would help hold everything in.

However,  the tightness becomes the baseline meaning there is much less muscle range to move through if you need to further tighten to prevent possible leakage. Think about a bicep muscle in your arm when you’re lifting something. If you have the full range of the muscle, you can lift something easier than if you only have a portion of the range.

Now my plan for the behavioral impairments.

In order to help Joan retrain her brain to let go of her anxiety and fear, and thus put the brakes on the muscle tightening, I worked with her on a “bladder retraining program.”

I instructed her that when she felt the urge to urinate, she was to take a deep breath, and reassure herself by saying something like: “Hey, it’s okay, I’ve got this.” She was then to walk slowly and purposefully to the bathroom as opposed to running to the toilet in a panicked dash.

The point of this was to make it a calm experience every single time she felt the need to urinate. Bladder retraining takes patience and commitment—patience because it’s not going to work every time and commitment because repetition is important for laying down new pathways in the brain, which ultimately will serve to retrain the brain.

After two months of pelvic floor PT consisting of both the above mentioned myofascial work and the bladder retraining program, Joan was leak-free. However, she did continue to feel anxious when she was in an unfamiliar setting, so we continued to work the “brain retraining” program.

Ultimately, with weekly PT sessions of one-hour, and a solid commitment from Joan (she never missed an appointment and was completely committed to the brain retraining program) both of her treatment goals were met!

If you have any questions at all about incontinence issues, please do not hesitate to leave them in the comment section and I will be happy to answer them.

Also, has PT played a role in treating your incontinence issues? If so, please share your own personal case study!