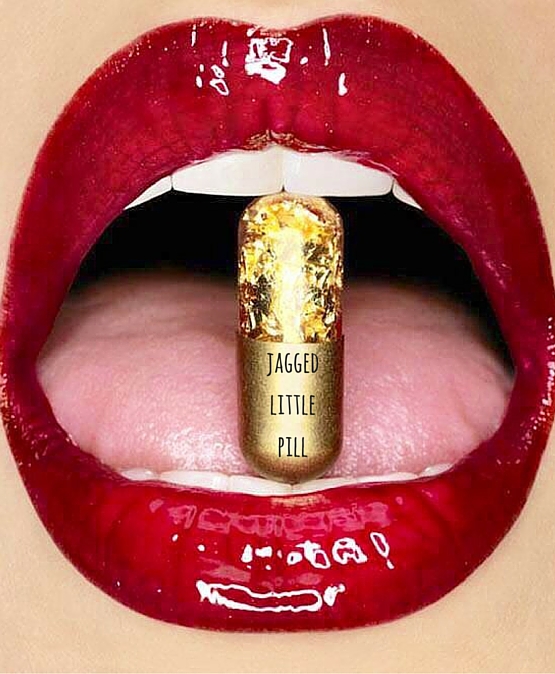 The advent of oral birth control pills in the 1960s was heralded as a huge victory for women’s rights.  Finally, women could take control of their bodies and their fertility.  Since then, oral contraceptive pills (OCPs) have become ubiquitous in reproductive aged women with nearly 10 million women today using The Pill as their primary means of contraception (Guttmacher).

Unfortunately, most of those women have no idea how these medications work and often have not been told of their potential side effects.  Worse yet, many women are given oral birth control pills for non-contraceptive reasons: erratic mood, recurrent migraines, irregular menses, menstrual cramping, endometriosis, and even acne.  Starting in adolescence, OCPs are handed out to women like candy.  Women can spend many years in their young adult lives on these medications simply because they haven’t been properly counseled on alternative forms of contraception.

So what’s the big deal?  Why should you be worried if you’re on an OCP?  Well, let’s talk about how these medications work.  OCPs are drugs mostly comprised of synthetic hormones.  That is, fake hormones.  These medications trick your ovary into thinking there’s enough real hormone around by exposing it to a hormone-like compound.  Consequently, ovarian production of very important sex steroid hormones stops, as does ovulation.  Hence, no pregnancy!

The problem is that your body needs sex steroid hormones for lots of different things.  Estrogen, progesterone, and testosterone are all important for the health of a woman’s body.  Yes, I said testosterone (more on that later).  These hormones are important for bone health, cardiovascular health, libido, mood, cognition, and especially the health of the genital tissues.  And when the body isn’t exposed to these hormones, like when you’re on an OCP, there can be consequences.

One recent study found that women using a hormonal contraceptive method experienced less frequent sexual activity, arousal, pleasure, and orgasm and more difficulty with lubrication (Smith).  It is not uncommon for young women on OCPs to report pain with intercourse (called dyspareunia) as well.  Some women may not experience dyspareunia but can present with other symptoms like urinary urgency, urinary frequency, recurrent urinary tract infections (UTI) or yeast infections.  All of these things can happen with OCP use, but often go unrecognized or ignored.

To understand why this happens, one must appreciate the anatomy of the genital tissues and how they respond differently to specific hormones.  These details are not known by most patients on OCPs and often are lost on the physicians who prescribe these medications. 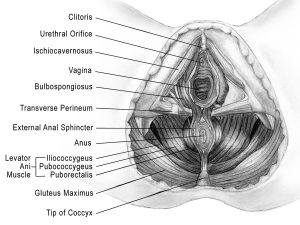 The vulva and vagina primarily rely on estrogen to maintain their health.  When a woman goes through menopause and her ovary stops producing estrogen, these tissues can become dry, inflamed, chronically irritated, and literally shrink (atrophy).  Similar things can happen to younger women on an OCP.  When these tissues are chronically irritated they become a breeding ground for bacteria and yeast and can lead to recurrent infections.  The lack of estrogen can also cause less vaginal lubrication, which can lead to pain with sexual activity.

The vestibule is a thin rim of tissue at the opening of the vagina.  If you’ve never heard of it, you’re not alone.  It is often ignored and easily missed during routine pelvic exams.  Your gynecologist probably went right by it when she inserted that speculum.  But it can cause even more problems than the vulva and vagina combined.  The vestibule is an area responsible for mucus secretion, which provides lubrication during sexual activity.  It is an area also intimately related to the urethra, the opening to the bladder that you urinate from.  And unlike the vulva and vagina it is an area rich in testosterone receptors.  When vestibular tissue is unhealthy, like when there are low levels of circulating testosterone caused by OCP use, it too becomes chronically inflamed or irritated.  This can lead to pain with penetration and/or urinary symptoms that can be incorrectly assumed to be a UTI or yeast infection.

But the real damage of OCPs is their effect on a naturally occurring protein in your body called sex hormone binding globulin (SHBG).  SHBG is a protein in the blood that binds testosterone and renders it inactive.  Only a small amount of the testosterone your ovary makes then is actually used by the body.  The rest is bound to SHBG.  When women take OCPs, their SHBG skyrockets!  Many physicians who prescribe these medications do not appreciate this point.  With higher SHBG levels, more testosterone is bound and not usable by the body.  OCPs already decrease ovarian testosterone production and now most of what’s left of your testosterone is being gobbled up by all the SHBG floating around.  Worse yet, SHBG levels often remain elevated even after OCP discontinuation. 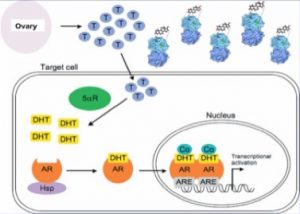 Many women I’ve treated have been misdiagnosed for years, told they have recurrent UTI or yeast infections or interstitial cystitis.  Their physicians failed to appreciate that their symptoms were primarily a hormonal deficiency and that their OCP use was to blame.  If you’re on The Pill now or were at one time you could be at risk.  If you recognize or have experienced any of the symptoms I’ve mentioned, it’s worth discussing this with your health care provider.  If they don’t believe you or have never heard of these potential adverse effects from OCPs, then maybe it’s time to find a new provider.

One particular patient stands out in my mind.  When we first met, CL was 24 years old and had already been struggling with the effects of her birth control for more than two years.  She first noticed pain in her vulva and vestibule (termed vulvodynia and vestibulodynia, respectively) during and after sexual intercourse.  The pain was mild at first, but then intensified and lasted for longer periods as time went on.  Soon she could barely sit more than a few minutes before a similar raw, burning pain would suddenly flare.  She started avoiding sex and noticed a significant decrease in her libido.  She began experiencing urinary frequency and urgency too.  She was told by numerous physicians that she had recurrent urinary tract and yeast infections, prescribed countless rounds of antibiotics and fluconazole.  She was even diagnosed and treated for interstitial cystitis.  Despite being dismissed by many, she knew all the while the problem had not been addressed.  This problem wasn’t in her head and it certainly wasn’t an infectious issue.  Her problem was The Pill.  When I first explained the real cause of her symptoms, CL cried both tears of sadness and relief.

Women have stayed quiet about these issues for far too long because they think painful sex or recurrent infections are “normal.”  They’re not.  I have no doubt that The Pill did a great deal for women’s reproductive rights, but at what cost?  With alternative methods of contraception—non-hormonal, often more reliable methods—why are we still so quick to prescribe these jagged little pills.  They may be easy for women to take, but the consequences may be ultimately too hard to swallow.

Do Oral Contraceptive Pills Cause Vulvodynia?

In 2015 an International Consensus Conference on Vulvar Pain was held to examine levels of evidence surrounding causes of vulvar pain and associated factors. During this meeting, it was decided that hormonal insufficiencies can cause vulvar pain. The details and resource list have been published in three locations,  the references are listed below.