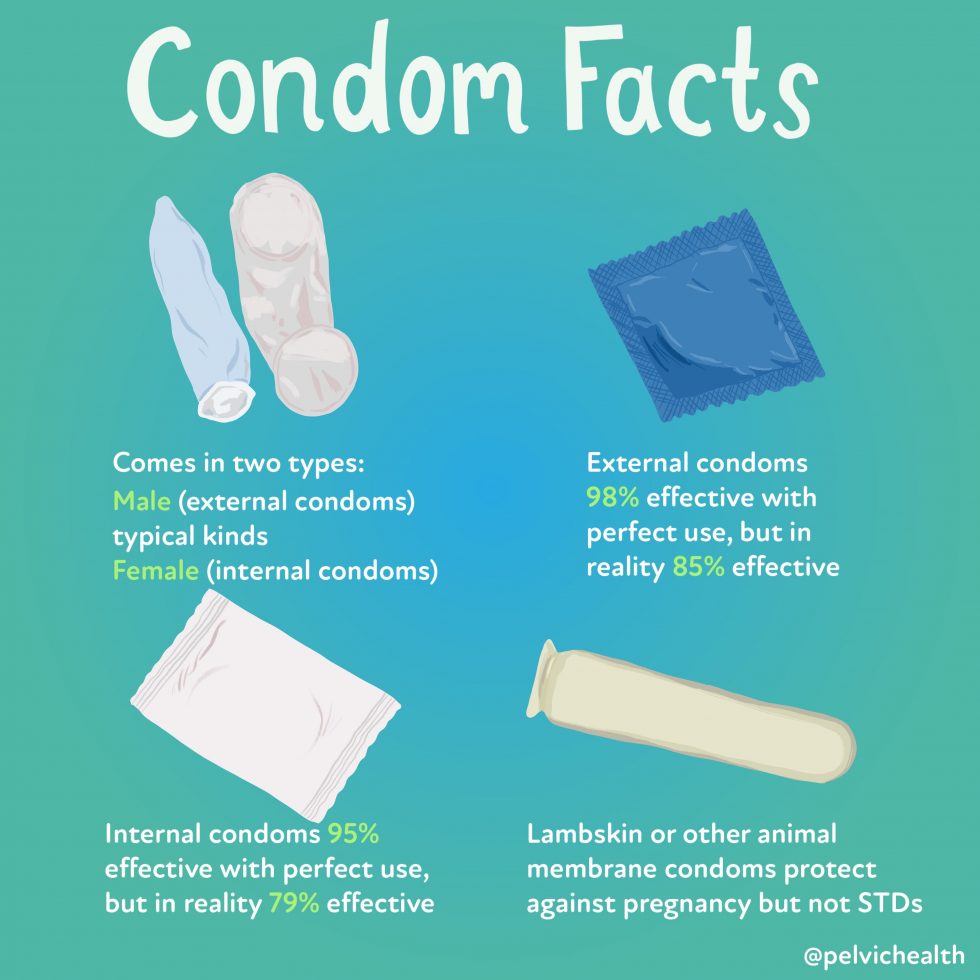 This week we’re celebrating National Condom Week; which gives us the perfect excuse to educate our community about the correct use of and important precautions to consider when using condoms to prevent sexually transmitted diseases and unwanted pregnancies.

Condoms, aka male sheath, johnny, rubber, raincoat, cock sock, or the English riding coat; whatever you prefer to call them, if you’re having sex, you need to be well famiilar with them.

The first documented condom was in Europe in 1564 by the anatomist, Fallopia (also namesake to fallopian tubes). They were primarily used to prevent STDs in the 16th century as diseases like Syphilis were often fatal and ran rampant through Europe for hundreds of years. By the 17th century and the discovery of spermatozoa, the Catholic Church realized that condoms were impeding pregnancy and therefore bad. In fact, the Catholic Church only grudgingly accepted the use of condoms in 2010 and then only to prevent the spread of serious diseases, such as HIV. By the 18th century, in the eyes of medical professionals, condoms were only used by prostitutes and immoral people. During this time condoms were made from all sorts of materials such as animal intestines, leather, and tortoise shell. It wasn’t until Charles Goodyear discovered vulcanized rubber that the more modern condom was available to the masses in 1839.

Even more impressive, the first female condom, or internal condom, is said to have been first used over 2000 years ago in ancient Greece. The story goes, as a result of a curse, King Minos ejaculated snakes and scorpions which usually killed his lovers. His physician came up with the idea of inserting the bladder of a goat into his lovers which caught the poisonous creatures before they could cause harm. Whether you believe this story or not, what we know to be true is Marie Stopes, a 20th century birth control activist and supporter of positive eugenics, promoted the first female condom in 1923. It was made of thick vulcanized rubber with a steel coil rim. The first modern female condom wasn’t released until 1993 and was not well accepted by its audience. Women found it difficult to insert and overall unpleasant.

However, in the 21st century both the internal (female) condom and the external (male) condom are going through a revolution. The internal condom market has suddenly become competitive which means there will likely be more options in the near future. Interestingly, the Bill and Melinda Gates Foundation, apparently tired of the same old condom design, gave 11 condom designers $100,000 each to design something new!

Helpful pointers for correct use

Where to get condoms

Condoms are available at drugstores, Planned Parenthood health centers, community health centers, doctor’s offices, supermarkets, convenience stores, online and even in vending machines. You don’t need a prescription and there are no age restrictions.

You can also get them for FREE at these places

Whichever type of condom you use, be sure to use it correctly and consistently to protect yourself and your partner from STDs and/or an unwanted pregnancy. Happy National Condom Week!