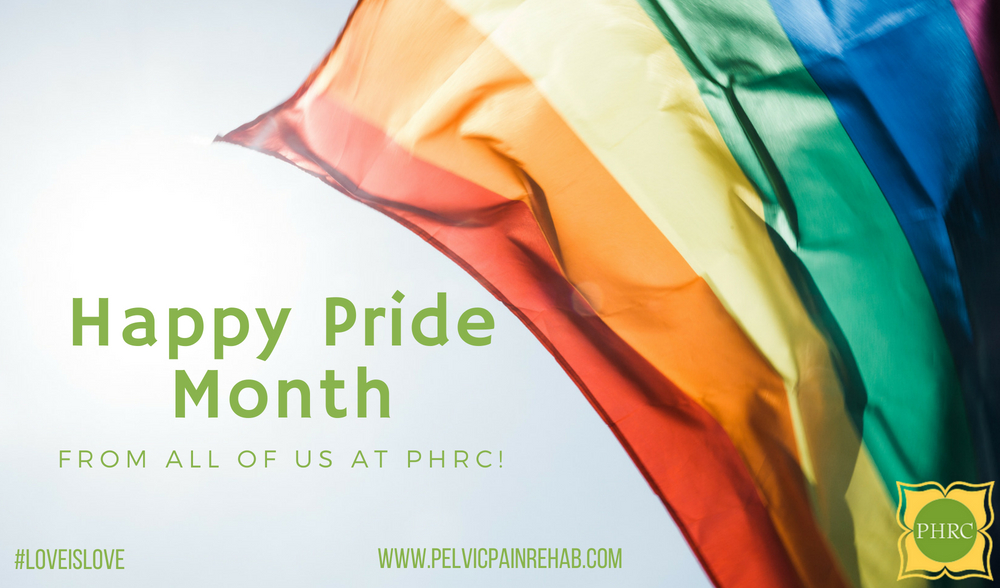 As Pride Month comes to a close we share a guest blog from our longtime colleague in San Francisco, Dr. Heidi Wittenberg. Recently Dr. Wittenberg has decided to dedicate 100% of her career to working with transgender persons and we are honored to be working with her. PHRC has always been LGBTQ friendly and supportive, now we are excited to offer more specific services to help transgender and gender nonconforming persons achieve their pelvic health goals. We will be posting more about the role of pelvic floor physical therapy later this summer. Today, we start with a post from Dr. Wittenberg intended to help medical providers better understand transgender medical care and certain challenges this community faces.

In just the last three years, an American Olympic Gold-medalist announced her new gender identity and appeared on the cover of Vanity Fair (Caitlyn Jenner), a film about gender confirmation surgery was released (The Danish Girl), and an openly transgender woman won an Emmy (Laverne Cox) while another won election to the Virginia state legislature (Danica Roem). Despite President Trump’s proposed transgender military ban and rescinding transgender student bathroom rules, it is clear that increasing national recognition of transgender individuals represents a social phenomenon that is both cultural and political.

Yet despite this emerging awareness and acceptance, from a health perspective, the estimated 1.4 million Americans who identify as transgender represent an underserved population that continues to suffer from stigma, discrimination, and a lack of coverage and access to health care.

In parallel with these daunting statistics are some observations that offer considerable insight into how familial and medical recognition can ameliorate these vulnerabilities. For example:

Unfortunately, the healthcare setting itself can be a barrier for transgender people seeking medical care. Just under a quarter of transgender patients report having to teach their provider about being transgender and 15% report having been asked unnecessary and intrusive questions about their status as a trans person. Although far less frequently, patients still report being abused, assaulted, harassed, or refused care for being transgender.

Many patients are beginning to seek out surgical care to aid in their transition, though not all transgender individuals have had or want gender confirmation surgery. Most surgeons follow the WPATH guidelines to determine eligibility for surgery which include persistent, well documented gender dysphoria and the capacity to make a fully informed decision and to consent for treatment. The individual has to have lived the gender role they identify for at least 12 continuous months.

Transgender surgery involves a multitude of options. Patients may have “top surgery” in which the chest is surgically shaped to conform with the gender identity of the patient. A patient may also elect to have “bottom surgery”. For female-identified patients this may include surgical creation of a vagina and for male-identified patients, the creation of a phallus from existing genital tissue or with a skin graft.

– Hysterectomy: with or without ovaries depending on family history, fertility concerns, patient preference.

– Metoidioplasty: involves elongating the clitoris by cutting the chordae tendinae, reconstruction of labial skin into a phallus. This can include: urethral elongation within the phallus, vaginectomy, and V-Y advancement for scrotoplasty.

– Phalloplasty: includes all the above with metoidioplasty but instead of just elongating the chordae tendinae, the dorsal nerve and vessels are dissected and attached to a graft nerve and vessels of the neophallus harvested from radial forearm, anterior lateral thigh, latissimus dorsi. The graft allows for a larger phallus.

– hypersensitivity or the loss of sensation

– prolapse of the graft lining

Common issues that arise after surgery:

Currently there are only a few transgender surgeons in the country but this number is starting to balloon. A common pitfall in post-surgery care is that most patient’s live far from their surgeons and do not always have the economic means to return for care, nor are they able to find a transgender specialist near them. Surgeons are doing as much as they can with phone consults but frequently local providers can help with common, less complicated issues that require an office visit. Additionally, surgeons are happy to discuss with local providers any concerns or questions. Many patients use their family practitioners, gynecologists, plastic surgeons and dermatologists for issues preoperatively and postoperatively after a gender affirming surgery. Though not ideal, this is currently commonplace until there are more transgender surgeons and specialists available.

As more patients who identify as transgender are empowered to seek out care, insurance companies are starting to cover transgender-related health services including hormone therapy and mental health services. Encouragingly, most California plans have coverage and those that do not are under legislative pressure to cover these services.

As providers we can create an inclusive, supportive environment for transgender patients to welcome them from the first contact with the office throughout the entire visit. For most of their care, you would treat them as you would any of your cis-gender patients.

Heidi Wittenberg, M.D. obtained her Bachelors in Genetics at the University of California, Berkeley, a Masters Degree in Applied Physiology and MD from the Chicago Medical School. Her residency was at Johns Hopkins in Baltimore, Maryland. In 1999, Dr. Wittenberg moved to San Francisco, and continued to pursue urogynecologic advances. She developed and directed the Comprehensive Pelvic Medicine and Continence Center, and chaired the Multispecialty Pelvic Physiology Conference at California Pacific Medical Center.  She developed the pelvic medicine center at Urogynecology Center of San Francisco. In 2013, she was in the vanguard of first board certified specialists in Female Pelvic Medicine and Reconstructive Surgery specialists. Dr. Wittenberg was performing hysterectomies for trans-male patients, and was recruited by Dr. Curtis Crane to train and perform sexual reassignment surgeries such as vaginoplasties and metoidioplasties in order to help the transgender community. In 2018, Dr. Wittenberg became director of MoZaic Care, a gender confirming surgical group. Dr. Wittenberg travels on surgical missions to Guatemala and does surgical missions in San Francisco for the underserved. For this latter work, she received the Congressional Operations Access Unsung Hero Award in 2011.