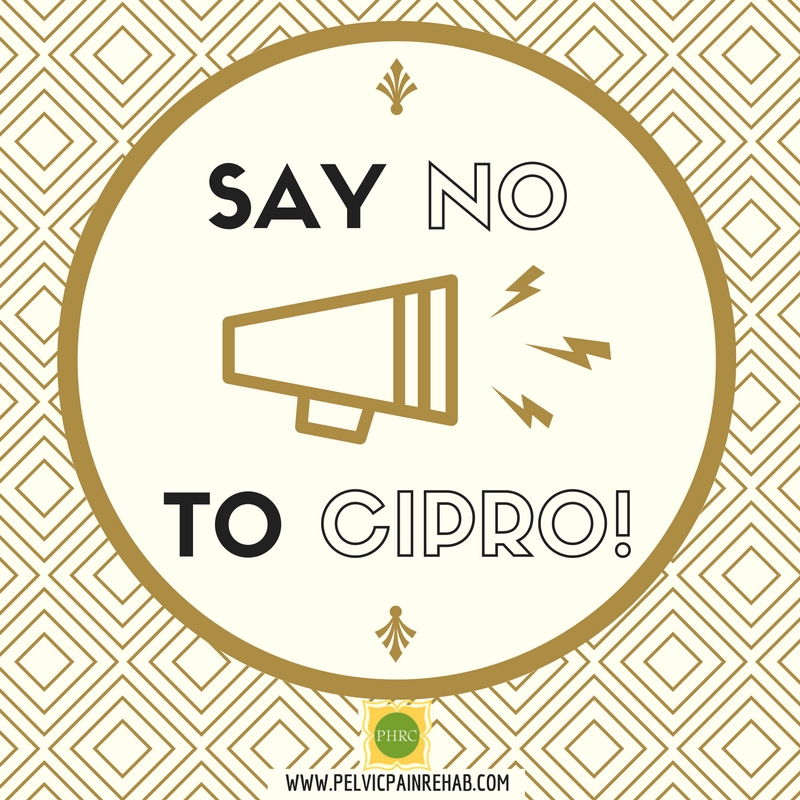 David was diagnosed with a urinary tract infection and prostatitis. Antibiotics did not help. Did he have an infection or pelvic floor dysfunction?

A few initial words from David:

“My journey that ended with pelvic health and rehabilitation began with an unfortunate experience that I understand is all too common a story for men. After I began to have pelvic pain, I naturally visited a my primary care doctor. I was initially diagnosed with prostatitis and prescribed 6 weeks of antibiotics. After a week on the antibiotics, I had a pretty severe allergic reaction. My original symptoms took a backseat to the ongoing effects from the allergic reaction.

I eventually stopped taking the antibiotics on the advice of my doctor, and my pelvic pain subsequently returned. I even thought I may have a hernia. I visited a urologist, who examined me and found my prostate to be medically normal. He did not think another course of antibiotics was in my best interest. At the time I was unsure, but in hindsight I am very thankful he was so steadfast.

My pelvic pain continued, but I learned to manage. I frequently got up to stretch at work and got a special seat for my car in order to better endure a long commute. I researched my symptoms and, luckily, I stumbled upon this blog. I read about how male pelvic conditions can be misdiagnosed as prostatitis. More importantly, I read about two at-home rehab steps that helped immediately. I began to do both deep breathing exercises and pelvic floor drops several times a day. Almost overnight, my condition began to improve little by little.

With the small success of the at home exercises, I decided to schedule a visit to the Pelvic Health & Rehabilitation Center. I started treatment and my life changed. “

David is a 33 year-old male whose chief complaints were pelvic pain that began in his penis, but then progressed into the scrotum and perineum. He described the pain as “sitting on a tennis ball,” pain in the tip of his penis post-ejaculation, and he described that his erections just felt different. His pain began after a bachelor party in Vegas and was worsened with sitting, driving, and for one to two days post-intercourse.

Prior to coming to our clinic, he was seen by a urologist who diagnosed him with a UTI and prostatitis, despite David having negative cultures twice. He was given antibiotics (Cipro), which caused severe abdominal pain, as well as pain with bowel movements. He was then put on one month of bactrim. Once off of the antibiotics, his abdominal pain subsided, but his pelvic pain continued to persist.

David also mentioned that prior to coming in for an evaluation, he did read “Pelvic Pain Explained,” written by PHRC co-founders, Stephanie Prendergast and Elizabeth Akincilar-Rummer. He was able to learn how to do pelvic floor drops, a technique we teach to help relax the pelvic floor. This alone reduced his symptoms by 50% and allowed him to sit on a plane to London, a trip he thought he had to cancel.

For a good recap on pelvic anatomy, read Shannon’s blog “Your pelvic floor: what is it good for?”  or Rachel’s blog specifically on the Male anatomy “A Cock in the Hen House: A look inside the Male Anatomy.”

The connective tissue restrictions around his bony pelvis (groin, sit bones, and sacrum) contributed to the fullness feeling in his rectum, which was further compressed while he was sitting for long hours, both at work and commuting to and from work. The tension and trigger points found in his urogenital diaphragm contributed to his perineal pain, post-ejaculation pain, pain in the tip of his penis, as well as the change in his erections. The tight musculature in his bilateral hips, as well as his psoas, contributed to further difficulty with sitting, as well as elevated tone in his pelvic floor.

Additionally, he had some past orthopedic injuries in his back, right knee, and right achilles that likely contributed to some of the high tone in his pelvic floor. He was able to successfully reduce the intensity of his pain after teaching himself to perform pelvic floor drops which helps to relax the pelvic floor musculature, thus improving blood flow and potentially taking pressure off important structures in the pelvis, like nerves that innervate our pelvic floor and genitals.

My short term goals for David: (four to six weeks)

My long term goals for David: (eight to ten weeks)

Patient will be seen once a week for eight weeks at which time PT will re-evaluate.

The treatment plan will include connective tissue manipulation, pelvic floor myofascial release, trigger point release, pelvic floor down training, and home program and education on proper exercise techniques to prevent further injury. The patient was instructed in foam rolling techniques, targeting the involved muscles and taking breaks at work to stand up to avoid sitting for too long, as well as continuation of pelvic floor drops.

Overview of treatments and changes

Over the first few visits his pelvic floor muscle tone, muscle trigger points, and muscle tightness began to improve and he was tolerating longer driving time without onset of pain. Additionally, he reported his pain was shorter in duration after aggravating activities. We added doing drops in various positions (sitting, standing, etc) to further re-educate the muscles, walking, and some yoga poses that facilitate relaxing the pelvic floor like child’s pose, and some general lower extremity stretches for the hips and hamstrings.

At this time we had been working on his connective tissue, performing myofascial release to the adductors and pelvic girdle, and performing psoas release. We were also performing trigger point release and general stretching to the pelvic floor both internally and externally. We added self psoas release to his home program.

On the fourth treatment he was reporting ability to sit on hard surfaces, normalized urination (an initial symptom that began resolving prior to being seen in PT), pain-free intercourse and continued pain/discomfort in his bilateral groin after walking for 30-40 minutes.

On the fifth visit he had minimal pain, described more as muscle soreness, and he had began running and walking for two miles.. On his sixth visit he was nearly pain free. We continued trigger point release and myofascial work, and all tissue restrictions continued to improve. We added in core strengthening exercises that were safe for the pelvic floor to supplement his running.

At this time David was having pain free intercourse, and minimal pelvic pain with long duration of sitting. However, with his increase in activity his posterior/medial thighs, groin, and psoas continued to be sore with activity so we focused primarily on his external tissues, performing trigger point release and myofascial release.

On his eighth visit we decided to decrease his frequency to once every other week and we progressed his core exercises and he began to increase his running distance making sure he performed his stretching and foam rolling after his runs.

On his next visit he reported that he threw out his back and we shifted our focus on that for the next  three to four treatments and throughout his back flare he did not develop pelvic symptoms. We continued to work on myofascial release of his low back, posterior/medial thighs, and abdomen, releasing his psoas, and slowly progressing his core exercises.

On his 14th visit, he was generally pain free and running > three miles with just minimal muscle soreness following. He presented with min-mod muscle tightness in his lower back and inner thighs. We reduced his frequency to monthly and he been seen was seen for three additional visits thus far. At his last visit he reported continued maintenance of all his gains, however, he will get occasional reminders of muscle tightness or discomfort in his perineal region if he does an aggravating activity for too long or does not keep up with his home program on a weekly basis. David will be seen on an as needed basis to minimize his perineal pain and connective tissue restrictions around his pelvic girdle, especially as he continues to be more active.

A few closing words from David:

With the small success of the at home exercises, I decided to schedule a visit to the Pelvic Health & Rehabilitation Center. I started treatment and my life changed. Although the treatment often left me sore for days, the improvement week-by-week was remarkable. We started with shorter term goals, but now I no longer get sore just sitting at work or fear long flights, and I am back to running pain free. I am so thankful for Jandra and the team of experts.“